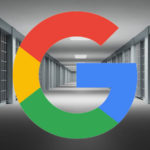 Google has officially confirmed they have begun rolling out the intrusive mobile interstitial penalty yesterday. Google warned us that this was coming almost a six months ago, and it did start rolling out on January 10, 2017, as Google promised.

Google said this means “pages where content is not easily accessible to a user on the transition from the mobile search results may not rank as highly.”

Google explained which types of interstitials are going to be problematic, including:

showing a popup that covers the main content, either immediately after the user navigates to a page from the search results or while they are looking through the page.
displaying a standalone interstitial that the user has to dismiss before accessing the main content.
using a layout where the above-the-fold portion of the page appears similar to a standalone interstitial, but the original content has been inlined underneath the fold.