Launched in 2010, Instagram has quickly become one of the most popular and talked about photo-sharing social network. Unfortunately, not many businesses have tapped into the world of Instagram yet so we’d like to share with you some facts about the social network and maybe you’ll re-consider?

• Instagram grew by 50% between March and December 2014 which allowed it to reach the 300 million user mark – that’s when you know you’ve made it
• More than 75 million users per day
• Since being created, there have been 30 billion photos shared
• 70 million photos are uploaded daily
• In 2011 Instagram introduced #hashtags
• In June 2013 the video upload feature was launched
• 51% of users are male and 49% of users are female


Instagram created a simple network design that allows your image to take centre stage, having your image/video fill the full screen. With all of this exposure potential at your fingertips, surely it would be a shame not to take advantage of it?

Here are some examples of brand campaigns ran on Instagram;

#Fiestagram by Ford
Ford used Instagram to promote the Fiesta’s high-tech features back in 2011, giving away a Ford Fiesta as the final prize. Every week for 6 weeks, they announced a new hashtag associated with one of the Fiesta’s high-tech features such as #entry #music #hidden. The idea being that people would upload a photo each week using #Fiestagram and that week’s particular hashtag. Each week the best photos were chosen, featured in real-life galleries and digital billboards and were also in the running for the final prize, a Ford Fiesta. During the 6 week campaign, over 16,000 photos were uploaded and Ford gained over 12,000 fans on Facebook. 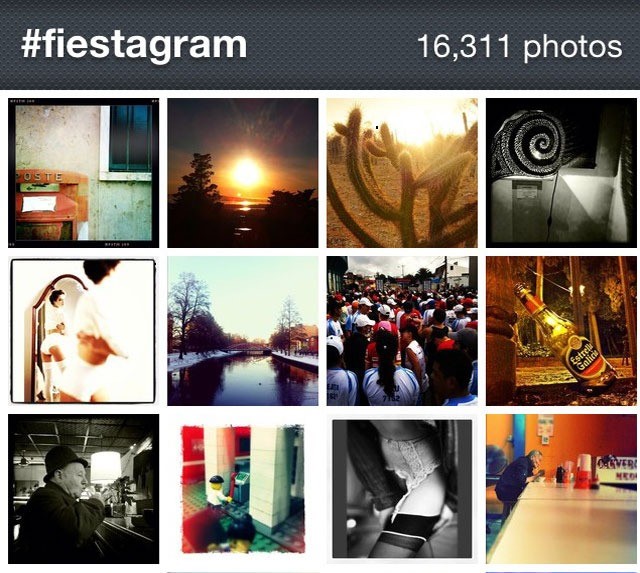 As Buffalo Wild Wings is seen as a place for sports fans to hang out after work, enjoying good company along with good food, they thought they’d tap into Instagram to create a campaign during last year’s World Cup to help kick-start their Instagram profile. They simply asked users to upload images of themselves enjoying watching the games at any Buffalo Wild Wings using the hashtag #Fannerisms. In return, BWW used the direct message feature to reward fans for uploading their image by instructing them how they could win a gift card. This cool campaign gained them 1,600 followers on Instagram in just 3 days! 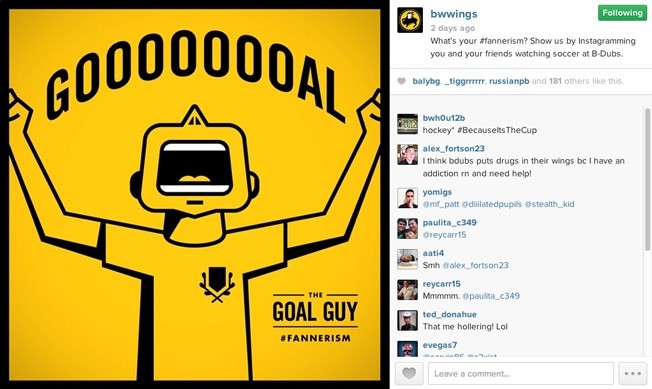 Starbucks are very pro-active on their social accounts and wanted to take the opportunity to reward their creative and loyal customers. They created the #WhiteCupContest which simply asked fans to customise their iconic white cups with a design of their choice, upload their images to Instagram and submit by using the hashtag #WhiteCupContest. During this campaign, Starbucks received over 4,000 entries in only 3 short weeks! The winning cup was translated into a limited edition reusable cup available for sale in stores.

I bet you never imagined the endless amounts of opportunities Instagram has brought to businesses through simple campaigns. Brands all over the world are running campaigns daily to boost their following. I hope that you’ve now re-considered using Instagram for your business and when you’re all set up and running, remember to give us a follow on @_design365